You are here:Home » General » Pudding Night

Newport Crown Green Bowling Club’s popular annual pudding competition was attended by over 40 members on Saturday, 17th January at the bowling club. The competition to find the best homemade desert pudding was organised by the club’s entertainment committee, spearheaded by Gill Barker and Mary Gough, and attracted fourteen mouth-watering dishes.

After sampling as many dishes as they could eat, members were given a piece of paper on which to record their three favourite dishes in the order of 1st, 2nd & 3rd. The overall winner was the person/s whose dish received the most votes. The first prize of a cup and £15 was awarded to Jason Hill and Lee Small for their very popular cherry and strawberry roulade. Second prize of £10 was awarded to Michelle Millward for her toffee, apple and pecan pudding and the third prize of £5 went to Peter Bratton for his very tasty chocolate and peppermint mint crisp.

A raffle, organised by Stephen Gough was held during the evening and raised £51 towards club funds.

Mrs. Barker thanked those members who had bravely entered puddings, and all others who had served out the dishes, provided raffle prizes, helped wash up afterwards and everyone who came and supported a very enjoyable and successful evening. 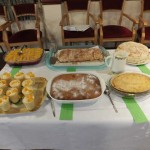 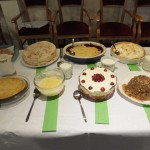 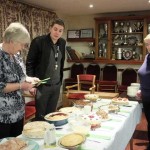 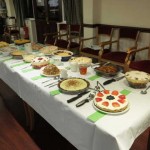 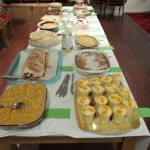 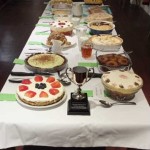 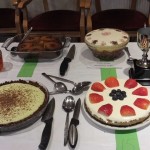 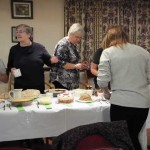 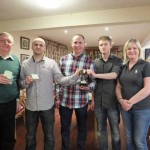