You are here:Home » General » Pudding Night at Newport Bowling Club

Thirteen contestants took part in producing a wide range of exciting, mouth-watering desert puddings to tempt the tasters. After sampling as many dishes as they could comfortably consume, everyone present was handed a slip of paper upon which they were asked to write down the numbers attached to each of their three favourite dishes. The three most popular choices were then selected by a panel of scrutineers. 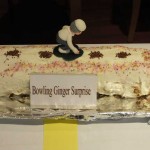 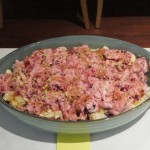 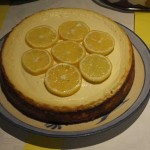 Russ Millward, who had kindly donated a trophy/cup for the winning entry, made the presentations to the winners as follows; 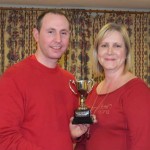 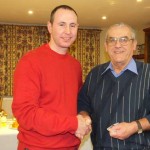 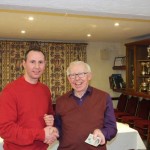 A raffle, organised by Dave Doody was then drawn, with the proceeds going towards Bowling Cub funds.

As one member put it “It’s just as well this competition is only held once a year as there would have to be some serious dieting if held more often!”

Gill Barker thanked everyone for turning up on the night to support and especially those members who had worked hard to provide such a delightful and varied range of puddings. A good night was had by all.