Twenty four members and guests attended the President’s Day activities on Sunday, 17th August in the Bowling Club.
The afternoon began with a Doubles competition organised by Club Captain, Dave Doody, with twelve members taking part. There was a break for for an excellent afternoon tea, organised by Audrey Lloyd and her team. President, Tony Lloyd, welcomed the members and guests and thanked everyone present for supporting him and the Club on this occasion. The Grace was said by John Brisco and a raffle was held at the end of the meal with Margaret Preece charming everyone into buying a ticket. The heavens opened with a sharp shower during the meal. However, the sky cleared in time for the  finals of the doubles competition that followed.

The winners of the competition were John Collier and Norman Trottman who beat Keith Castle and John Williamson in a well fought final play off. A cup was presented to the winners by Tony Lloyd and Colin Rudrum thanked Tony and Audrey Lloyd and all those who had helped to make the afternoon such a success. 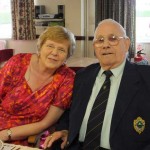 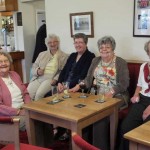 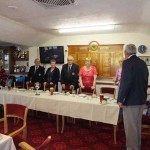 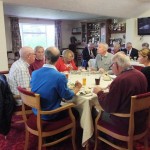 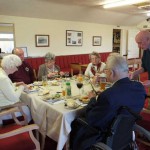 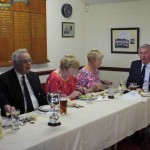 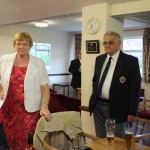