On Sunday 21st July Newport Crown Green Bowling Club held their annual Presidents Day. 40 members and guests enjoyed an extra special buffet tea prepared by the President Colin Rudrum and his wife Gillian with the ladies of the club contributing many delicious cakes.

A doubles bowling competition was held and due to the hot weather and fatigue was played down to the final which will be played at a future date between Denise & Mick Jones and Mary Gough & Steve Anson.

The President had invited Mrs. Caroline Beddow from the Alzheimers Society to attend and enjoy the occasion, and was presented by the President and his wife with a cheque for £1000 to the Alzheimers Society which was raised on their 40th wedding anniversary celebration. The money raised was thanks to the Club Captain Dave Doody who sold £300 of raffle tickets, donations of £200 from family and friends and a surprise donation of £500 presented by George Brotherton on behalf of the Oddfellows.

Caroline gave a short speech enlightening the members of the services that the Alzheimers Society gives to those who require help and guidance. She then accepted the cheque and explained the value of fundraising and how the money was used in research.

John Williamson kindly took photographs which will be used on the Club’s Web Site. 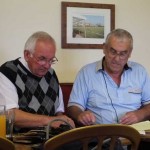 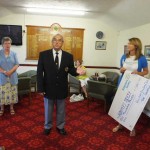 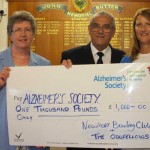 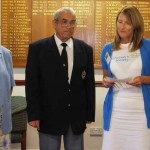 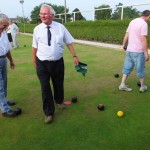 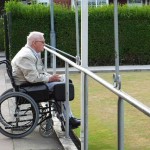 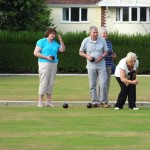 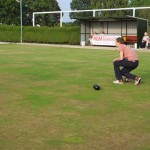