OFFICIAL OPENING OF THE GREENS FOR 2018 BOWLING SEASON

You are here:Home » Uncategorized » OFFICIAL OPENING OF THE GREENS FOR 2018 BOWLING SEASON

On a cold and damp Easter Monday, the official opening of the greens at Newport Crown Green Bowling Club was performed by Vinay Najran, Co-Director of Specsavers in Telford Town Centre, who are now the Club’s official sponsors.

Following a welcome by Club President, Ian Titley, before a large group of bowling members, the jack and first wood was skilfully and very confidently bowled by Mr. Najran.

Thirty six members and guests then sat down to a very enjoyable buffet lunch prepared and served by Hammonds the caterers. During the meal Mr. Titley congratulated those members and teams who had performed well during the winter short mat bowling season in both the league and competitions and wished all bowling members a good summer bowling season to follow.

During the afternoon the rain finally stopped long enough for the first club competition of the season to be held. The winner of this singles competition was Honorary Treasurer, Bill Titley who narrowly beat Kevin Edwards in the final.

The day’s events ended with afternoon tea prepared and served by Susan Titley and her band of helpers and was followed by a raffle. 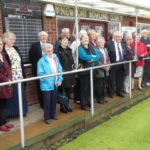 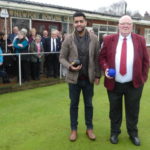 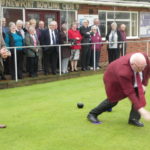 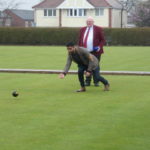 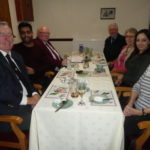 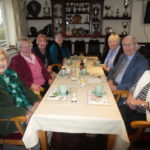 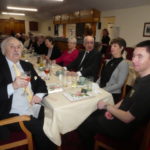 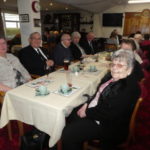 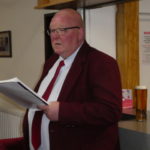