The competition began at 10.30am on a fine but cool October morning and finished around 8pm under floodlights when both competitors and spectators were glad to retreat to the warmth of the clubhouse for food and the presentations. Barbecue sausages and hamburgers were cooked and served up by Colin and Gillian Rudrum and their helpers throughout the day.

Winner of the competition, with the Champions Shield and £400 under his belt, was Shropshire county bowler Wayne Phillips of the Hanwood club who beat runner up, Stewart Meddings of the George club Warwick and Worcester to 21-7. Meddings scooped up £200 in prize money as runner up.

The official referees were county captain, Mike Potter, and Terry Whitehouse who remained on duty throughout the cool day to oversee the matches and see fair play.

Competition organiser, John Breeze together with Newport Club president, Tony Lloyd, congratulated the winner and runner-up and commended all the bowlers who had taken part. John Breeze continued by thanking Nova Cars for sponsoring the competition; Tony Lloyd and Newport Bowling club for kindly hosting the competition; the referees Mike Potter and Terry Whitehouse for giving their time to supervise the matches; to Colin and Gill Rudrum and all those who had helped in so many ways throughout the long day. He concluded by thanking all 59 bowlers for taking part in the competition and all who had come along to support them and make the day such a successful event. 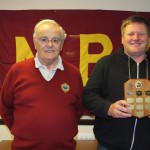 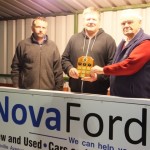