There was a good turnout for the Club’s Annual Team Presentations Evening which was combined with a most enjoyable Race Night on Saturday, 9th November in the Clubhouse. Master of ceremonies was President, Colin Rudrum, ably assisted by Club Captain, Dave Doody. Vice-President, Ian Titley was in control of the race projection equipment and ensured that all the horses were at the starting gates for each of the four races. The commentary soundtracks were enhanced with the President holding the Club microphone next to the computer’s barely audible speakers.

A hot curry and cold buffet were laid on by Colin and Gillian Rudrum and a successful raffle was organised by Dave Doody and raised £40 for the Alzheimer’s charity after deduction of expenses.

The total prize money handed out during the evening was in the region of £2500. The cups and trophies were presented by Club Captain, Dave Doody and photos of the prize winners (without names) are shown below. 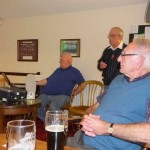 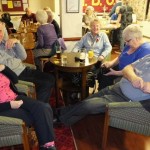 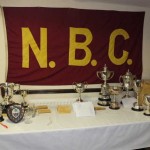 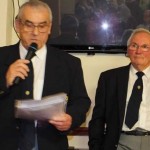 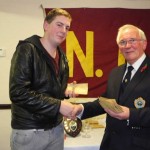 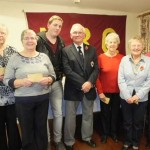 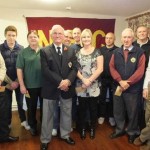 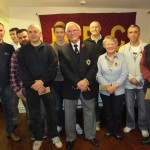 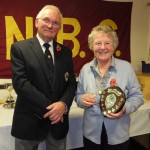 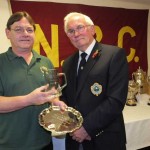 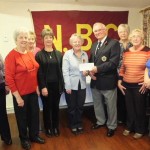 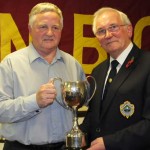 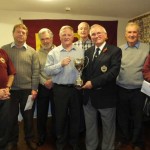 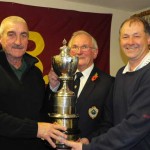 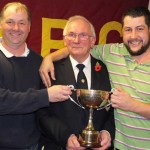 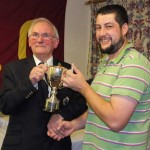 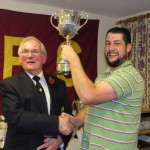 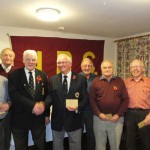