Bowled over as Newport club aims for another 100 years

You are here:Home » Uncategorized » Bowled over as Newport club aims for another 100 years

It’s been a fixture of the town’s sports scene for more than a century – and now officials at Newport Bowling Club have their sights set on another 100 years.

The club will hold its second annual open day at it’s base in Granville Avenue on Sunday, and organisers are hopeful of attracting families and younger members to ensure the club will continue for generations to come.

The bowling club was founded in 1904 – more than 20 years before the county’s first official leagues – so the town’s shopkeepers, tradesmen and professionals could have an outside activity to meet and enjoy each others company. 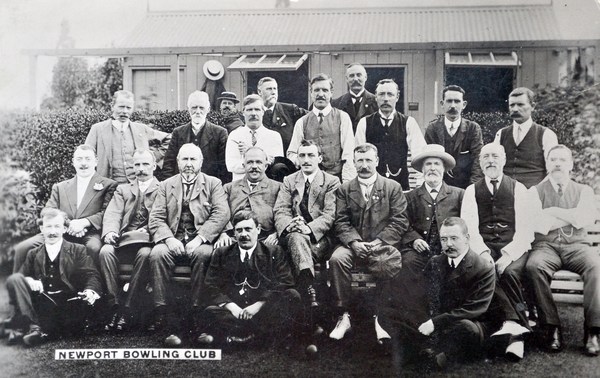 Today the club has more than 200 members drawn from Newport and surrounding villages such as Church Aston and Gnosall. It has 18 outdoor league teams and hopes to run six indoor short mat teams this year – making the club one of the strongest in Shropshire.

He said: “By trying to get families we are hoping to get younger members – it will ensure the continuity of the club going forward. That’s the biggest aim in all of this.

“We are looking to the future and want to keep going for at least another 100 years.

“We want anyone who is interested to come along to the open day, young and old. One of our mottoes is that we are for people from nine to 90.

“The day will be completely free and it’s a chance for people to come and have a look at us.”

The club has had a fascinating history since its formation.

It came into existence through the efforts of John Carrier Brown, who paid for the land and work to turn it into a bowling green around the turn of the 20th century.

The club continued to operate during both world wars, although membership understandably dipped during each conflict , and its pavilion was used as a fire watching post during the Second World War.

In the 1970s the club joined the Mid Shropshire League and ladies were admitted as ordinary members for the first time – previously they were allowed to play one evening a week and on special occasions if introduced by a member.

The club’s membership has grown significantly since, and ladies now play in leagues alongside the men.