Once again, by popular demand, Black Country comedy vocal duo, Alan and Glynnis Brisco, popularly known as “Dandy”, returned to Newport to entertain an eighty strong audience at Newport Bowling Club on Saturday, 11th February. Their programme combining a mixture of Black Country humour with popular sixties songs was once again a huge success with the audience 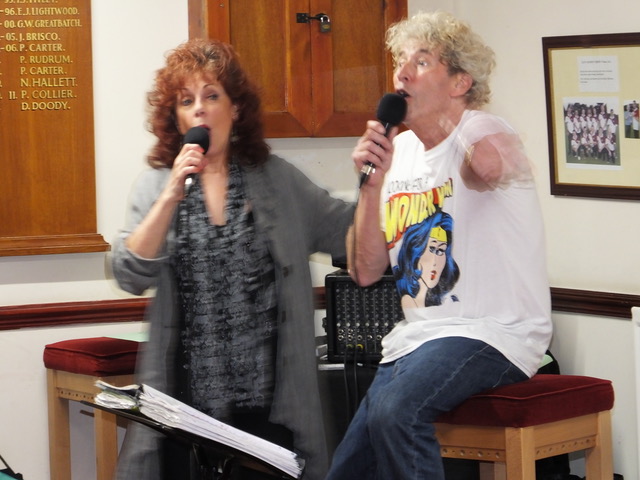 This eighth annual charity fund raising evening was started by Maureen Cundy in 2010 with the proceeds each year divided between Cancer Research and Alzheimers. This year the profit, boosted by an eighty one prize raffle and three additional personal donations, yielded a record total of £842 and over the past seven years Maureen, with everyone’s help, has raised an amazing grand total of £5,869 for the two charities.

A fish and chip supper, prepared by Jones’, was served up in the interval and a wide selection of drinks was served from the bar by Sophie Massey and Peter Jackson.

At the end of the evening Maureen thanked Alan and Glynis for once again returning to Newport to perform another eye watering and lung bursting evening of Black Country stories, anecdotes and songs. Thanks were also expressed to Gill Barker for organising the ticket sales, all those who had kindly supplied raffle prizes, given donations, sold raffle tickets and helped behind the bar and in many other ways to make the evening such a success.