On Saturday, 14th October David Doody, the Club’s President, welcomed 31 members and guests to the Annual Dinner at the bowling club. Following the Grace, said by John Williamson, members enjoyed a delicious 3 course meal, prepared and served by Faye and her expert team of helpers.

In his address, Mr. Doody said that the Club had enjoyed another successful year of activities, both on and off the green with a number of competitions won by several teams. A large and varied number of social activities had taken place throughout the year and thanks were expressed to Gill Barker and her team for organising the calendar of events.

Mr. Doody concluded by thanking the officers of the Club, the committee and all the members who have supported him well during his Presidency and urged everyone to give the same support to his successor, incoming President, Ian Titley. In reply, Mr. Titley thanked David Doody for his great enthusiasm for the Club and for all the support he has given the Bowling Club throughout his presidency.

A  raffle followed with the proceeds of £69.00 this year being donated to the President\s chosen charity,  the Blood Trust Fund at the Royal Shrewsbury Hospital,

The President wished everyone present a safe journey home after announcing that the annual Presentation Night will take place at the Club on 25th November 2017. 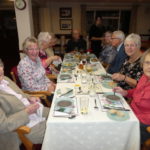 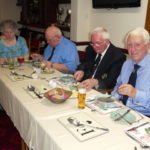 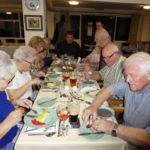 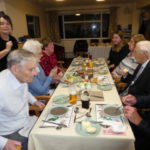 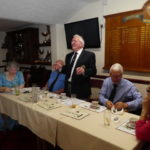 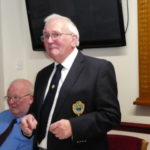 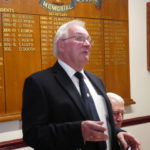