Around 50 members and guests attended Newport Bowling Club’s annual presentation evening at the clubhouse on Saturday, 28th November. The evening began with a review by club treasurer, Bill Titley, of Newport’s successes, not only on the bowling green but indoors as well with short mat bowls and darts and dominos teams who have also performed well this year.

Mr. Titley announced that this year the club has distributed £2,114.00 in prize money to seven teams and their individual members, including the club’s very successful Premier team who have won the league championships five times in a row. One winning team, the Saturday team, will be putting their prize money towards new club shirts.

The winners were announced by club captain David Doody and 74 presentations were made to 48 members of the club by President, Tony Lloyd.

In his review of the prize giving year, Mr. Titley said that we can all be very proud of our bowling club, one of the best in Shropshire, not only for its successes on the bowling green but also on the social side with successful darts and domino teams. This year nearly 50 individuals out of a total playing membership of around 150 received prizes and he urged more members to become involved in the club competitions next year.

Mr. Titley concluded by saying that, while we all recognise the importance of winning leagues and trophies, the real strength of any club is it’s depth of playing abilities and the desire to improve.

The evening finished with members enjoying a sausage and chips supper organised by Dave Doody and Colin Rudrum and helpers. This was followed by a few rounds of horse racing on the small screen for those wishing to take part. The president thanked all who had helped on the night and all those who had come along to support this important club event. 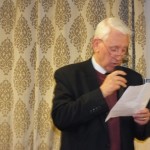 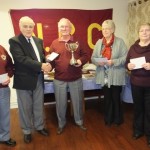 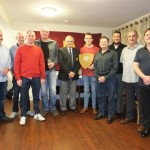 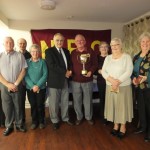 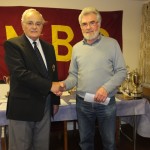 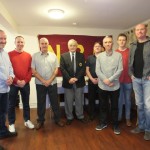 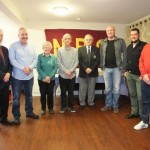 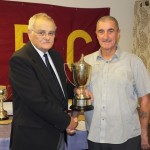 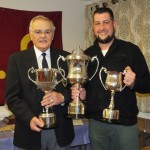 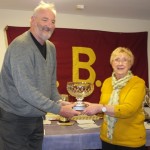